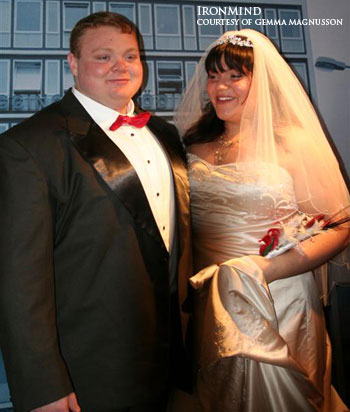 "The wedding was absolutely the most perfect day of our lives and we are so grateful to everyone who helped make so wonderful! We are also expecting our first baby in June 2008, which is why I will be taking some time off competing," Mrs. Magnusson said. Showing her sense of humor, Mrs. Magnusson, said, "I will be waddling along behind him [at the Arnold]. Growing a Magnusson baby is my biggest feat of strength yet!"

The happy couple lives in Denmark, where Benedikt is studying construction engineering. Benedikt gave a simple explanation for why he chose to live Denmark, rather than Iceland, at the moment.

Going on to explain that the cost of living is so much higher in Iceland, which makes it is difficult for him to eat as much meat as he would like to gain the weight he feels he needs to reach his goal of winning the 2008 Arnold Strongman contest. 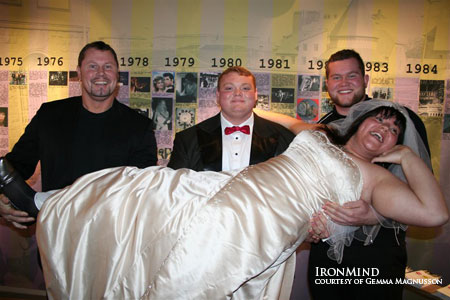