It's got a big name, but it could also be your ticket to the 2007 World's Strongest Man contest. 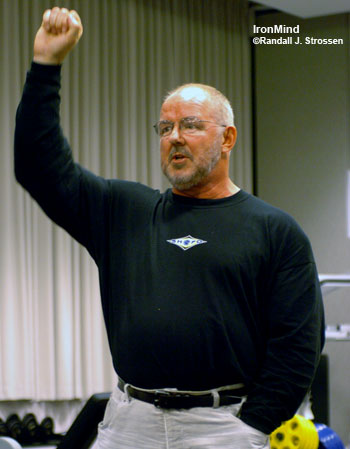 Set for the 2007 FitExpo, Odd Haugen said that he is organizing a contest that will be called the All-American Strongman Challenge, and, get this, the top six finishers will be guaranteed invitations to the a World's Strongest Man Super Series event. Thus, if all goes according to plan, this contest could put the right guys within two hops of the 2007 World's Strongest Man contest.

Additional details will be announced as they become available, but Haugen told IronMind® that the prize money will be in the neighborhood of US$10,000 and, as anyone familiar with one of his contests could have guessed, it will feature "a lot of heavy stuff."

The FitExpo is scheduled for February 16 - 18, in Pasadena, California.