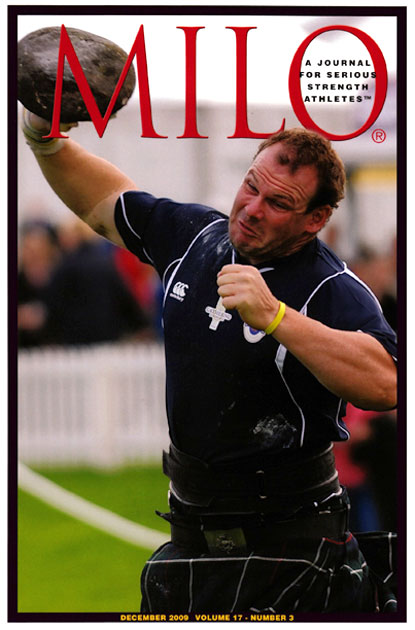 The Maryborough Highland Games, which is one of the oldest in Australia, celebrated its 149th year with over ten thousand spectators and fans in attendance, who came from near and far to get a glimpse of their newly crowned IHGF world champion Aaron Neighbour in action.  In the opening event with the 24-lb. Braemar stone, Aaron Neighbour with a putt of 41’ claimed the first victory marginally over Damien Birkenhead, who had to settle for second position with 40’ 6”; Dale Frankstone landed in third place with 39’ 3”.

In the second event, the 24-lb. shot, Scott Martin astounded his fellow athletes and many fans with an outstanding and crushing putt of 49’ 6”, claiming the win and establishing a new Australian record in the process; in second place was Frankstone with 42’ 2”, and in third Neighbour at 41’.

In the third event with the 28-lb. weight for distance, Neighbour dominated with a winning distance of 79’ 8”; in second place was Martin with 72’ 7” and in third, Frankstone at 65’ 5”.  In the 56-lb. weight for distance, once again Neighbour showed great form with a winning throw of 36’ 3”, with Martin taking second position with 32’ 2” and Frankstone just behind in third place with 30’ 1”.  The caber toss, which weighed 145-lb. and was 18’ 6” long, ended in a tie between Martin and Neighbour, both tossing 1:45.

Several strength events were included, like the 600-kg wheelbarrow done for time over a course of 25 m, which was won by Martin with a remarkable time of 8.8 sec.  The final event with the manhood stones was won by Neighbour.