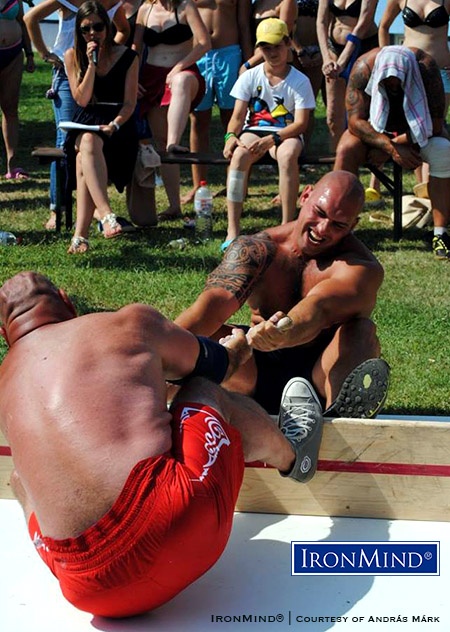 Mas wrestling pits two competitors directly against each other in something akin to a close quarters tug of war. IronMind® | Photo courtesy of András Márk/Slovak Association of Strength Athletes and Mas-Wrestling

“In spite of the boiling weather, 19 competitors from three countries (Slovakia, Hungary, Czech Republic) had come to compete and to show their power. There were four categories: -85 kg, 85 kg-110 kg, 110 kg-125 kg, + 125 kg. The spectators were entertained by a Strongman show, which was a part of the program of the competition,” said Márk.