Lukasz Wenta notched an impressive win at the Markinch Highland Games and IHGF CEO Francis Brebner has filed a report for IronMind. 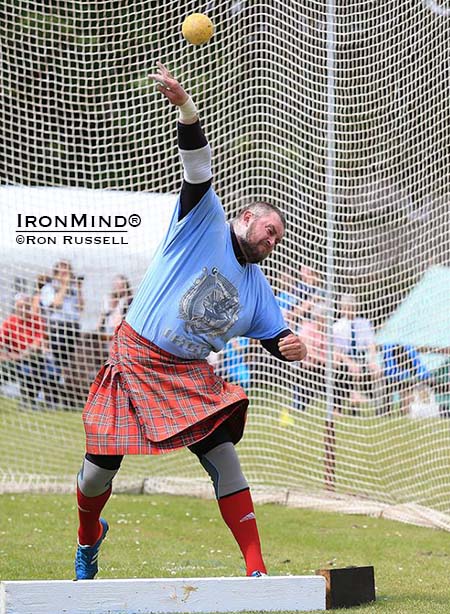 The 2014 Markinch Highland Games in Scotland attracted over 2,500 spectators, who watched as Poland’s Lukasz Wenta took his first scalp of the season, dominating with a top all-round standard of throwing.  Top athletes, namely Poland’s Wenta; Scotland’s Craig Sinclair, Greg Walker and Lorne Colthart; and Iceland’s Heidar “Heisi” Geirmundsson, made up the field.

The 18’, 120-lb. caber toss was won by Colthart, followed by Wenta and Walker in second and third respectively.

The final event, the 56-lb. weight-over-bar, was won by Sinclair at a height of 15’; Wenta took second, and third equal were Geirmundsson and Colthart, who tied.