As part of the its developmental efforts in the Highland Games heavy events, the Internationaal Highland Games Federation (IHGF) has created a series of championships, including an amateur world title, and here’s how to qualify for the 2012 IHGF World Amateur Highland Games Championships. 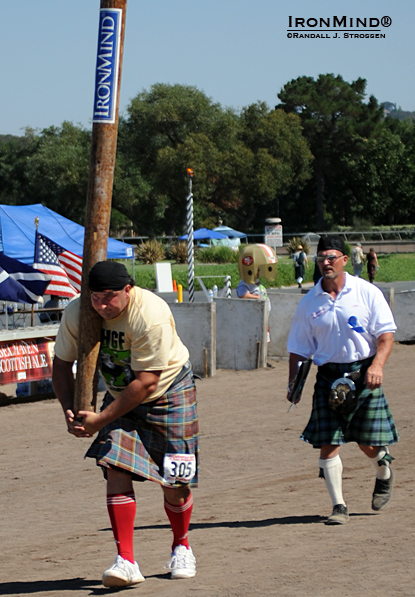 Francis Brebner was a world class Highland Games athlete and since retiring from competition he has turned to administration, coaching and refereeing—all aimed at advancing the Highland Games.  Here, Brebner (right) keeps a sharp eye on Sebastian Wenta (left), who is about to launch the caber at the 2011 edition of the Caledonian Club of San Francisco’s top tier Highland Games in Pleasanton, California.  IronMind® | Randall J. Strossen photo.


The IHGF has announced “the 2012 series of qualifying games within the USA,” and here’s how it works.

“A group athlete’s best over all performances will be taken into account for the selection of the 2013 IHGF World Amateur Highland games Championships,” Francis Brebner told IronMind, and “random drug testing will be carried out by the IHGF in all SAAA/SHA Highland Games listed below.”