“The IHGF Professional World Highland Games Championships are set to take place in Dana Point, California on August 24–25:  Twelve of the world’s top-ranking athletes will be invited to compete over two days of competition in one of the best beach communities in Southern California,” IHGF president Francis Brebner told IronMind today. 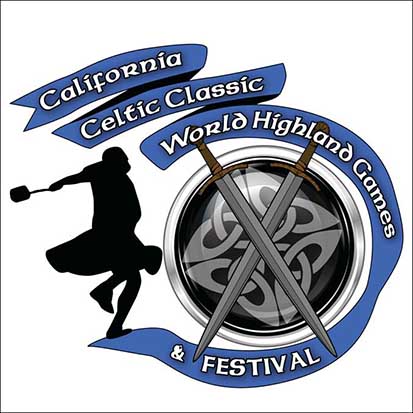 The IHGF is bringing a major Highland Games event to Dana Point, California this summer in the form of the IHGF Professional World Highland Games Championships.  IronMind® | Image courtesy of IHGF.


Brebner, a Scot who besides his stature as a former Highland Games professional, is one of the original three men to have lifted the Inver Stone overhead, said that “since first moving to Dana Point, California [he] had a vision and a strong desire to stage a major Highland Games Championship which has now finally come to fruition with the assistance of the City of Dana Point and in teaming up with event specialists Rich Godwin and Forest Melton, [his] partners in staging the California Celtic Classic.”

Brebner told IronMind that he “foresees the Dana Point, California Celtic Classic growing into one of the best games on the international circuit within the next few years because of the fantastic location of Dana Point’s surroundings, offering amenities for those traveling from all over to attend the games and for a vacation in one of the best sunny beach communities in Southern California.”

Brebner also said, “The IHGF have set in place a series of championship events which enables amateur athletes to work their way up through the ranks from being amateur to professional.

“Other major championship events that will be included in California Celtic Classic will be the IHGF–All American Amateur Highland games Championships that will include a lineup of ten of America’s top amateur athletes who will compete for that vital number one spot and special prize of a paid flight ticket to compete in the 2014 IHGF World Amateur Highland Games Championship to be staged in Europe where the overall winner of that championship event will have earned his professional status and secured himself a place in the 2015 IHGF World Professional Highland games Championships to be held in majestic setting of Bressuire, France.

“Also to be contested will be the IHGF California Celtic Classic–Strength Challenge, where ten strongman will be invited compete over the two days of competition where the overall winner will also receive a prize of a flight ticket to compete in one of the IHGF’s strength events to be staged in Europe for 2014,” said Brebner.

For all American amateur athletes wishing to be considered for the IHGF All-American Highland games Championships, please contact Francis Brebner by email or Facebook.