Hosted by Alex Fitness in Moscow, Russia, the 2013 Armlifting World Championships last weekend represented another standout competition for what is developing as the world standard in grip strength contests. 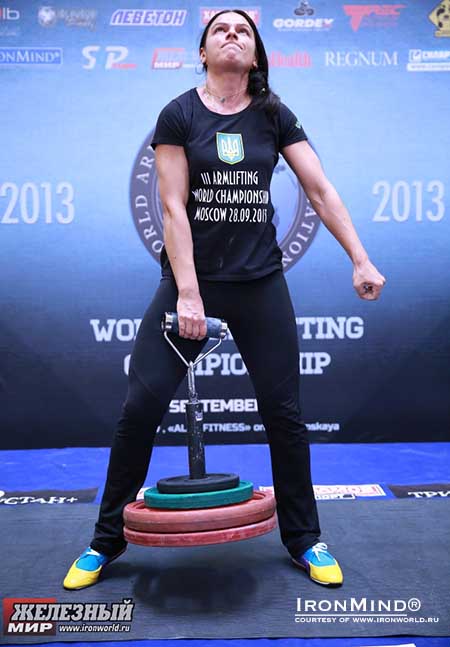 “We had a lot of participants from all over Russia, Ukraine, Moldova, Belorussia, Kyrgyzstan and me from Finland,” Alexey Tyukalov told IronMind.  Odd Haugen of course was the big ‘Norwegian Viking Star,’ of it all.”

“Altogether we had 60 sportsmen and women. We managed to gain more sponsors than before and had TV, internet and media present. We didn’t break any big records, but had good results and new talented athletes. We have introduced our sponsors with their stands at the competition venue and we also had IronMind products there. 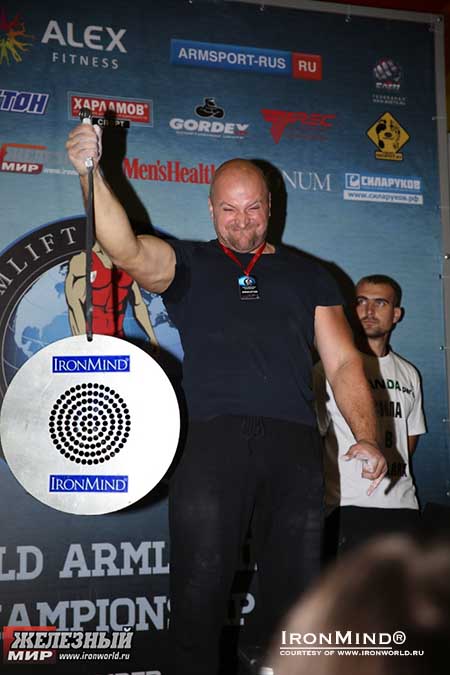 
“The final absolute results were as follows:

Also, two people completed their official attempts and were certified on the Captains of Crush No. 3 gripper and two on the Crushed to Dust! Challenge,” said Tyukalov. 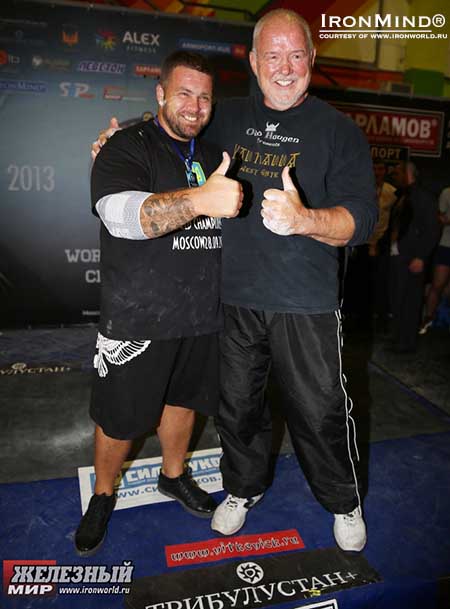